Miracle famously known as TMP (The Miracle Perspective) is a South African pacesetter who emerged in the province of Mpumalanga in South Africa. Growing up, Miracle knew he was always destined to be on greater heights with a dream of being a businessman and publish his own books.  Miracle was raised in a Christian home with both his parents as church leaders, his father being the founder of the church, The Worshippers in Jesus Ministries. This instilled certain values in him which he had to live up to, he became very insecure about himself having to live up to the image of always being “perfect”. He is the only male child in the family of 4 other female children. As such, Miracle had to be very responsible and always support his sisters. He was very good at making people feel better after a painful or horrible ordeal and he wanted to reach out to as many people as possible, one of the ways he knew how to realize this was writing a book with a global reach.

Miracle was very enterprising from a very young age, he would sell almost everything at an earlier stage in his life from selling sweets, prepaid airtime and electricity, to recruiting people to join pyramid schemes and MLM companies. In doing so, he unleashed his passion for business and to be independent. The same norm went on for years even when he got to his tertiary level. Miracle went on to study Environmental Studies at the University of Pretoria where he went all the way up to the Master’s Degree one which opened doors of opportunities for the young entrepreneur. However, Miracle’s heart was not focused on looking for a job or pursue a 9 to 5.

He got a job as a Business Development Manager, a position that presented him with a lot of opportunities and learnt a lot of things. But Miracle later traded his 9 to 5 for the harder and more risky approach of independence and running his own businesses as well as go after his lifetime dream of becoming an Author. “The 5 Rand University” is the book by Miracle Chawane, scheduled for release on the 25th of July 2021, his birthday he went on to say “it’s my birthday gift to the world”. This book is going to be life changing for so many people. “It is directed to people with a lot of anxiety, fear of expression, low self-confidence & self-image as well as people who experienced setbacks from traumatic experiences in their lives” said Miracle

The 5 Rand University has been his dream since he was young “It delivers the power to help many people get through their weaknesses and strive for everything they have always wanted”. The book consists of about 5 powerful chapters and a couple of subtopics that portrays some of Miracle’s life challenges and how he has fought against all odds to overcome them. This book will be used as tool to transform and turn the reader into the person they are meant to be.

Apart from being an Author, Miracle is an entrepreneur who runs multiple businesses including the TMP Academy. The TMP Academy is an online platform where Miracle helps people with the objective of a self-improvement journey by regaining their self-confidence, voice to express themselves freely in their careers (jobs and businesses) as well as finding their identity  and life purpose. He has helped so many people unleash that desire and passion that had died in them due to personal reasons. Miracle also runs a driving school establishment where he helps people who want to learn how to drive and control a vehicle to excel and also assists them to obtain their rightful driving documents.

Miracle has transformed many lives with his passion to assist and make a difference also through his YouTube Channel, The Miracle Perspective”.

In parting Miracle calls his book his birthday gift to the world and also the book being released then “In his own words He added” I know it sounds like a cliché when I call it my birthday gift to the world on my birthday because the norm is that people receive gifts on their birthdays not the other way around. However in my case, I have learnt that everyone was born to solve a specific problem under the sun, it’s unfortunate that most people die without ever materializing the problem they were born to solve. A birthday symbolizes a day of a grand introduction of the solution that is coming to solve a specific problem. By the same token, The 5 Rand University is definitely coming to solve many people’s problems hence I dedicated my date of birth as the birthdate of a solution to many people’s problems in the world.

Miracle kindly asks the readers to accept his birthday gift by requesting 2 simple things ‘ The First one being, to buy the book through the link provided below before the release date and the book will be delivered at your door step prior to the 25th of July. Secondly, For the reader to record a 30 to 60 seconds video clip with the message “Happy Birthday TMP, I got my R5 University, It’s Finished, BOOM!!, use the Hashtag #The5RandUniversity and tag him on any of his social media platforms you pefer @themiracleperspective; you can make it fun with friends and family or alone.

To enroll in the TMP Academy click here http://themiracleperspective.com/ 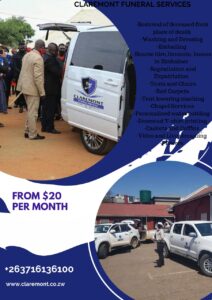 NO MORE EXCUSE FOR ME